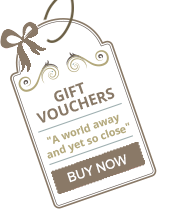 The roll call of success for the multi-talented Irish man is long and much deserved – with number one albums, sell-out shows in Ireland, UK and further afield, with a fistfuls of Awards to his name.

Daniel O’Donnell’s remarkable career has moved on to a new level with his success as a TV presenter, just another facet to his ever-expanding list of entertainment achievements.

Daniel’s latest ‘Daniel O’Donnell 60’, released in celebration of his 60th birthday, shot straight into the chart at #4, keeping good company with the likes of The Beatles, Adele and Coldplay.

He has sold more than 4.6 million albums & videos / DVDs in the UK alone since the start of this millennium, and more than 6.6 million units since The Official Charts Company/Chart Information Network took over the running of the charts in 1994.

Stay overnight in one of our luxurious rooms!